What can the lighting industry expect in 2018? 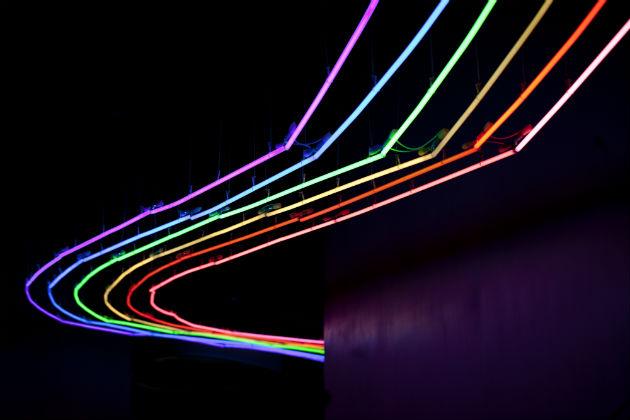 It’s no secret – the lighting industry has gone through radical change in recent years. Rapid advances in technology have shifted the industry as a whole and have made previously exclusive technologies, such as LED lighting, an affordable option for most commercial and industrial buildings. So as we head into the next year, what else can we expect? And where do we see the lighting industry going next?

1. LED is the future

Innovation has largely centred around improving performance and efficiency for LED lighting. This is now starting to plateau as LED chip technology has started to reach its maximum potential. With that said, we are increasingly seeing various designs of products that have become more innovative and are designed around the LED light source rather than those that have been adapted from older technologies – such as fluorescent lamps.

The advantages of LED completely outweigh older technology as there are now very few examples where LED’s don’t offer significant improvements over traditional lighting models. From reduced energy consumption and longer lifetimes to better lighting possibilities, LED is here to stay in 2018 and beyond.

2. IoT will have a big influence on LED

We’re still in the early stages regarding different IoT protocols and competing for dominance. To those who may not be as familiar with the lighting space, I would suggest it’s like having Betamax, VHS, VideoDisc, LazerDisc, DVD, BlueRay, Blockbuster, Netflix and Amazon Prime all happening at once! As it’s such a fast moving area, it’s very hard to predict – but it’s clear that the applications with a strong business proposition are the ones gaining the initial traction, including energy control and monitoring, footfall and hotspot counting, remote security and safety applications. And with building regulations as they currently are, the vast majority of light fittings will be equipped with sensors — allowing them to interact with their surroundings.

3. The future of lighting facilities managers will be daunting

We live in a society where we have endless options, and this is no different when it comes to lighting. Because of this, it’s important that facilities managers choose their lighting products carefully.

In recent years, an influx of low-cost, substandard lighting products imported from manufacturers abroad have surfaced. As a result, we often see a number of companies selling products that do not necessarily meet the claims they suggest, as well as companies deliberately misleading customers with false claims and data. This coming year, I would encourage people to ensure that they are buying from a reputable manufacturer and for them to ask for as much information as possible on products prior to purchasing.

With that said, these seemingly endless choices may end up making life easier for facilities managers. This means that if chosen carefully, there is the possibility of virtually eliminating maintenance issues and reducing energy bills, as well as the potential for remote monitoring and BMS linkage.

Overall, as the technology continues to improve, the lighting industry will follow. What’s important moving forward is that as an industry we embrace technology while keeping safety and compliance top of mind.